What was it like growing up skating in San Jose, are you still living out there?

It was pretty chill. My mom and friends’ parents used to give us rides to certain parts of town and we used to just skate around. When I finally got my license at the end of high school it opened up a whole new opportunity of skating street. We could go wherever. Now my friends and I spend a lot of time skating downtown. I’m still living in SJ with my folks.

You were flow for Habitat prior to getting fully on Alien Workshop. Were you getting hooked up before DNA Distribution shut down or was it when Habitat came back through Tum Yeto?

I was getting it through DNA. I loved those boards and graphics. That’s when I started getting picky with shapes and lengths. Some of the other guys were also flow for Alien and Habitat, did you know any of them beforehand?

I knew none, just Brandon Nguyen. He’s from SJ as well.

How did you come to ride for Atlas Skate Shop in San Francisco?

Pretty much, I was skating with Mark (Suciu) and Brandon a bunch and were friends with the owners of Atlas;  Ryen (Motzek) and Mike (Manidis). I really liked what they were doing at the time and they seemed to be putting out a lot of good web stuff but I was skating for my local shop, NC Boardshop. I had to break the ice and go with Atlas. Still love my dudes at NC though. They’ve been taking care of me since the beginning. It was tough.

Your friend Miguel Valle also came on as the filmer for Alien when you got on the team, right?

Yup, we go back. Brennan Conroy hit me up one day saying they were thinking of bringing back Alien and wanted me to be the first rider. I was definitely iffy about it because I was working on Habitat and I was very stoked on it. Alien is a different feel. He pretty much said he wouldn’t be able to pay me at Habitat, therefor if I rode for Alien they would have a budget and be able to hire Miguel as filmer so I got on the Alien program. 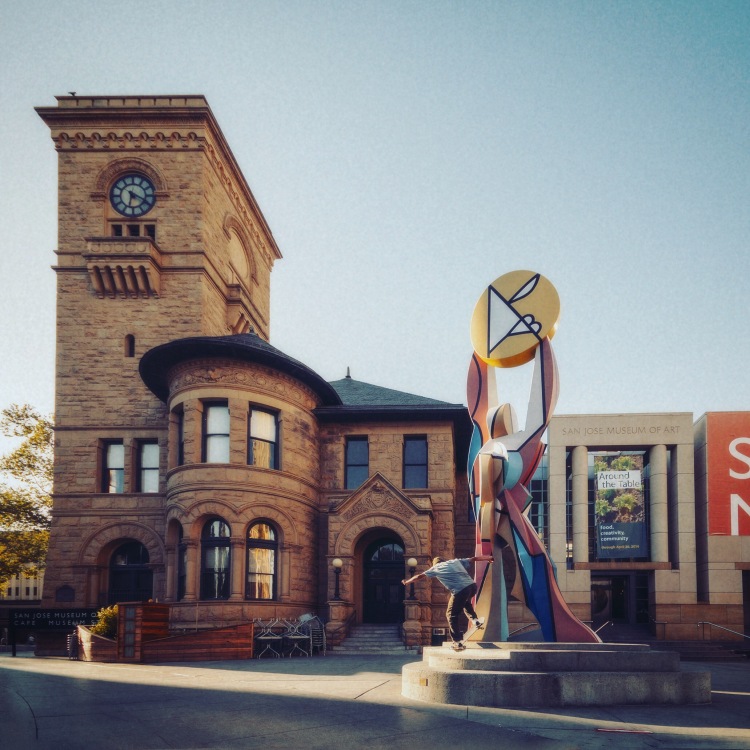 It depends. At the time I feel like I was ahead of everyone on footage because I was filming a part for Habitat. Miguel and I had gone on a mission to the East Coast over the summer. Then we did our first Alien trip to Detroit, Pittsburg and Toronto and I pretty much used all the footy for a welcome to Imperial Motion video. Everything ended up working out. Real stoked we got to choose our first trip to be Detroit.

What was it about visiting Detroit you were into so much? You skated Pittsburg too and a bunch of other locations that aren’t too exposed which was quite refreshing with bunker_down. What was it that drew you to those cities?

Detroit, Pittsburg, Rhode Island… I’ve been doing cross country trips for the last four years with the homies, so we really got to see what each city had to offer. Those couple of  cities had a lot of good stuff but Detroit has been the best to us. Detroit native, Justin Bohl has been taking care of us for the last couple years and every time is a new experience. Whether we are skating downtown spots covered with old historic buildings to cruising to the outskirts of Eastern Market, every spot has a lot of character to it. To top it all off they have an amazing DIY park called ‘The Wig’ so you don’t need to warm up at a skatepark.

Is it more of an aesthetic appeal with those kinds of cities and spots for you too? Brant (Van Boening) mentioned how when you are out filming, the backdrop and surroundings of what you are skating are really important to you. Could you elaborate on that?

Definitely. These last couple years of exploring the country has definitely inspired and expanded my vision of skating and also shooting photos. I really love architecture and it’s fun knowing the history behind these places you are skating. My favorite part of those cross country trips is hitting up all the cities starting from Richmond, Virginia up to Providence, Rhode Island. That little drive uaually takes like three weeks because we like to spend some time in New York and Boston. As far as looking for spots, we usually watch local videos and try to find some cool stuff that hasn’t been skated a ton.

Brant also joked that “It’s almost as if there isn’t an interesting building in the background he probably won’t want to skate the spot.” Is that kind of thought process something that is just personal with what your own footage should look like, or do you for connections and that deeply into it when watching other people skate?

(Laughs), for me, I started filming that last part in bunker_down on the East Coast, so I really had a high expectation for the aesthetics of spots. I’m now working on a new part with Miguel, and this time we started off with a trip to Detroit, so the same thing is happening again. We’ve been exploring the Tijuana and Ensenada this last month, I’m really loving Mexico. 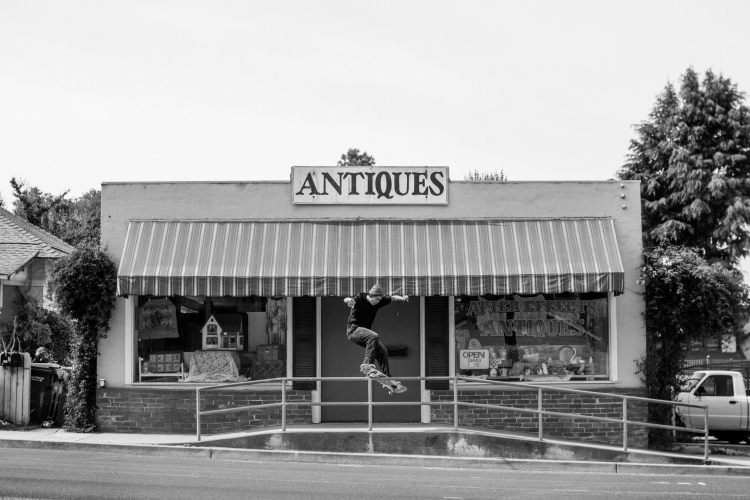 Going back to the new beginning, you featured in one of the first short videos teasing Alien’s return, Resurface: Underground_I, at the start of 2015. Was it a mix of Miguel and Mike Hill working on those and bunker_down?

Miguel filmed it and Hill laced it.

Had you met Mike before getting on Alien?

Nope. I first met him when we stayed at the bunker right around the time we started wrapping up the video. He’s a rad dude, it’s always an amazing experience meeting the man behind the brand, especially when it’s the Workshop.

I feel that teasing the company out in that way was a better way of going about it. What effect do you think that may have had on peoples’ opinion of the brand coming back?

People that knew Alien weren’t backing it. It is nearly impossible to bring back the same feel with all new dudes. Some people are just really stoked to be skating the boards again. I think we may have the chance to get a new generation of kids psyched. I’m happy that Hill has got the brand back and product has been looking good. It’s good to bring everything back to its roots. Very juiced that we have Miguel to film as well. He’s got a very unique perspective of skating and filming.

Yaje Popson is the most recent addition to the Sect. Were you with him when he had that near miss in his welcome clip?

Nah, but Brennan sent me the raw footage soon after. At the end of the clip you can see Yaje hugging the lady. I’m glad your ok brother. You never know what to expect at the bottom of a hill bomb…

Thanks Joey, anything to look forward to from you or the Workshop throughout the rest of 2016?

No problem, it was fun thinking back into these times. Just working on a VX part with Miguel. We did a little trip out to Detroit a few months ago and have been just skating around the Bay Area since. Hopefully put something together before we hit the road again this summer.

“The footage compiled here was pretty much a summary, or b-roll, from the inaugural filming trip once the team was put together. Which would have been in April 2015. As Joey probably said, he knows Miguel well. But having Frankie (Spears), Paul (Lilliani) and Max (Garson) with him; I believe they were meeting each other for the first time. Brandon (Nguyen) was not officially on at the time but I have a hunch that this was edited in a way that was almost propaganda for him, because he clearly kills it and was a great fit for the team… Or Brennan is just way ahead of me and knew it was inevitable anyway.

It’s rare to be able to capture moments like this in my opinion, where people are slowly becoming comfortable with each other and making friendships. Miguel had sent this over just as a footage log, but this song happened to be playing in the office at the time. Phil (Valois, Workshop Art Department) pressed play on the file, and it just fit perfectly so we thought it would be appropriate to edit it in. Some of this footage you will have seen in bunker_down as well as in Joey’s Imperial Motion welcome clip. Some things were edited out and saved for other projects but I really liked the pace and aesthetic captured. As definitely the kind of guy to geek out on a push or roll away that may normally get clipped when editing a part, I’m stoked to be able to share this on behalf of The Sovereign Sect.” – bvb